Since I was going to be in Ecuador anyway to lead a tour (Mindo), I took advantage of the plane tickets and got there a few days early to do some country-ticking. I hadn't yet birded the eastern ridge of the Andes in the far north, so I had a few target species. Highest among them were Black-thighed Puffleg and Bicolored Antpitta. 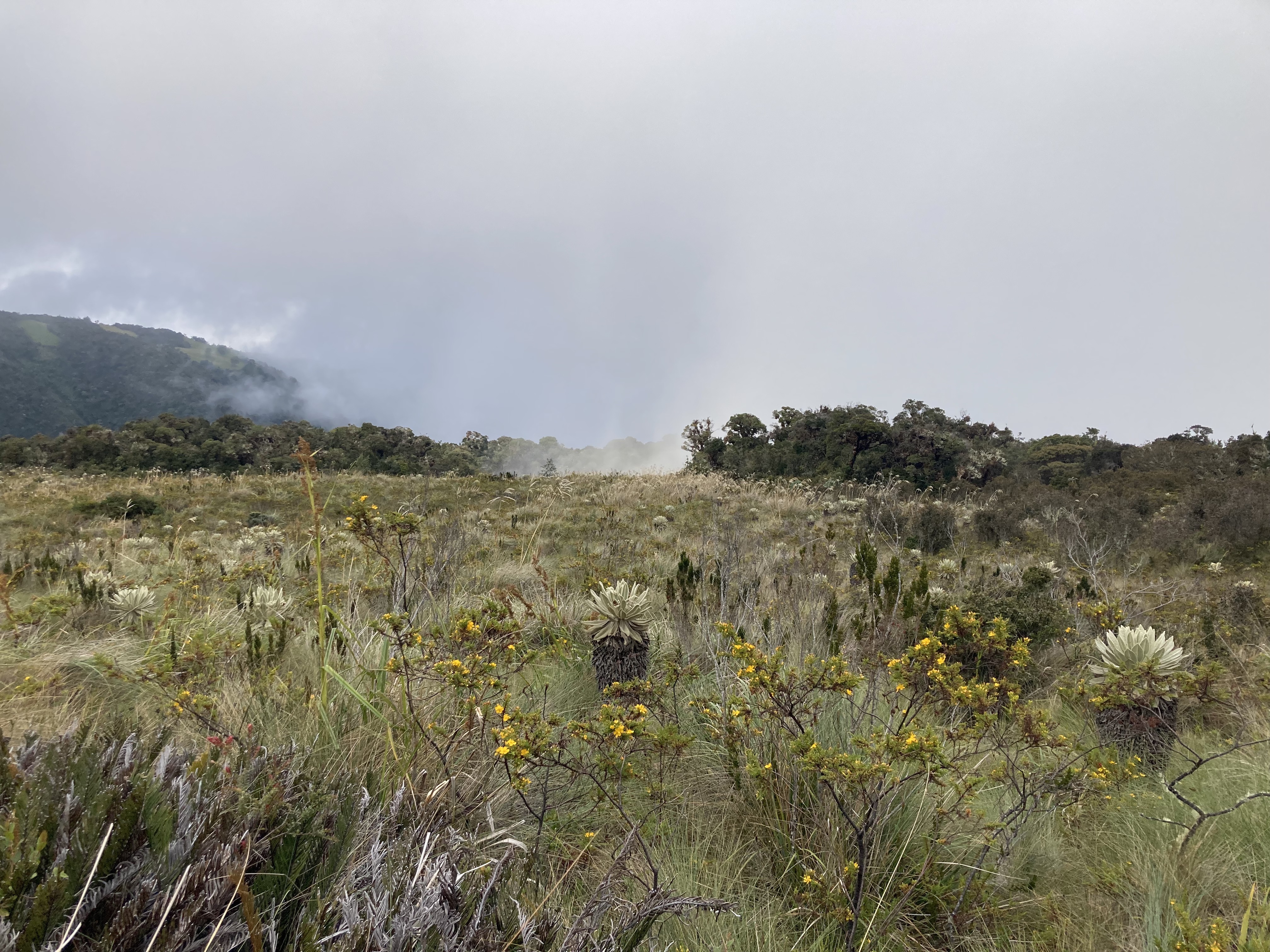 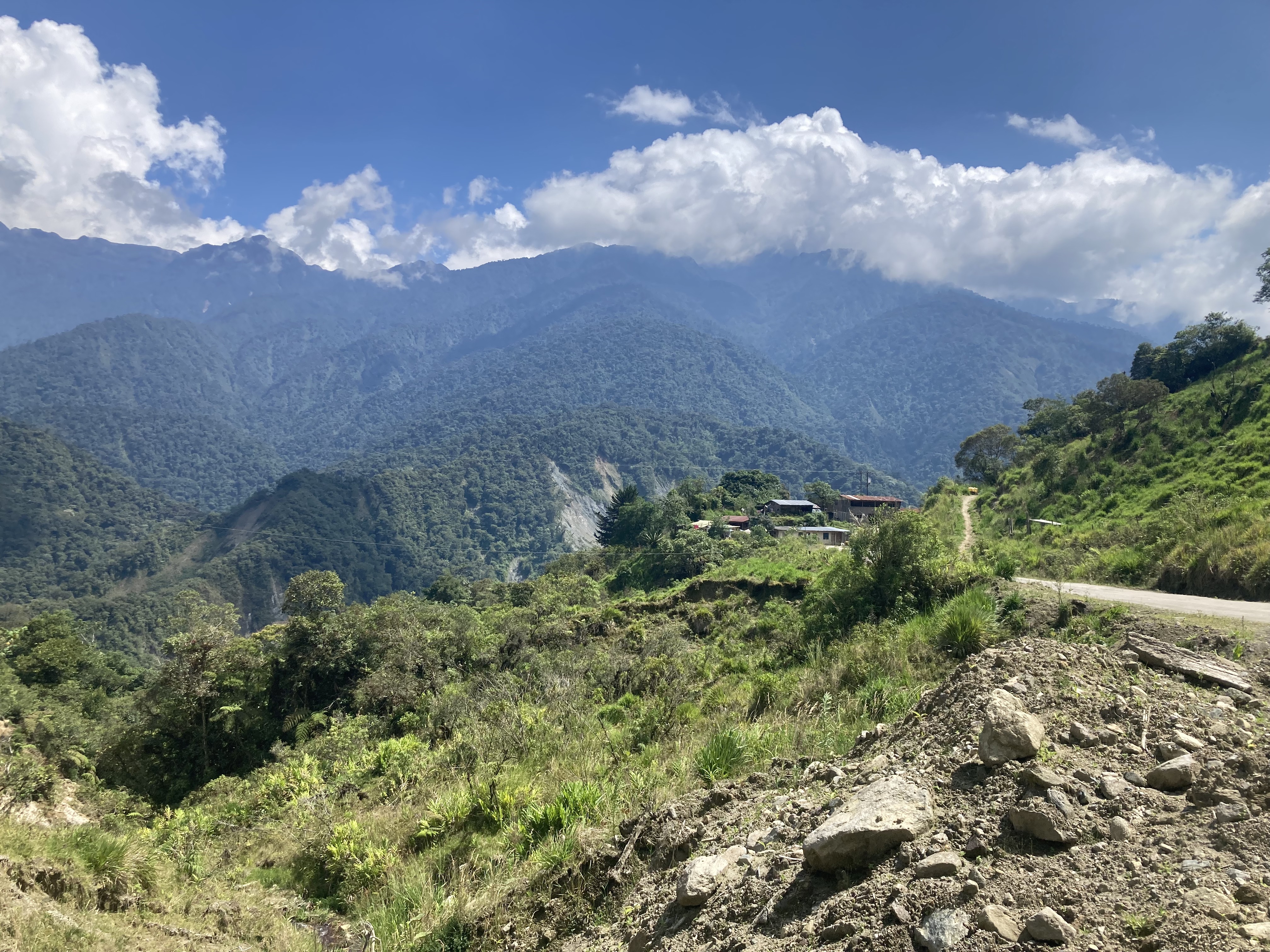 Driving north from Puembo, my first birding stop was going to be Cerro Mongus, which, according to eBird, was a reliable place to find Black-thighed Puffleg. I didn't know anything about it other than that satelite maps showed something that looked like a road or a trail that reached treeline. I checked it out in the afternoon, found that it was a slippery cow path and would require a hike, then found a hotel in San Gabriel. It was a hike, not too steep, but muddy - about 2 miles and 2000' of elevation gain, but starting at 10,000', so that took it out of me. The first 3/4 or so was through boring pasture land, but the last part went into some treeline forest and finally to the paramo. I didn't see too much on the way up, maybe too light-headed, but a Crescent-faced Antpitta was nice. I put down a can of sardines at the top and worked my way back down, finding a few Black-thighed Pufflegs, as well as a Glowing Puffleg, and some other regular mountain stuff. A successful mission. 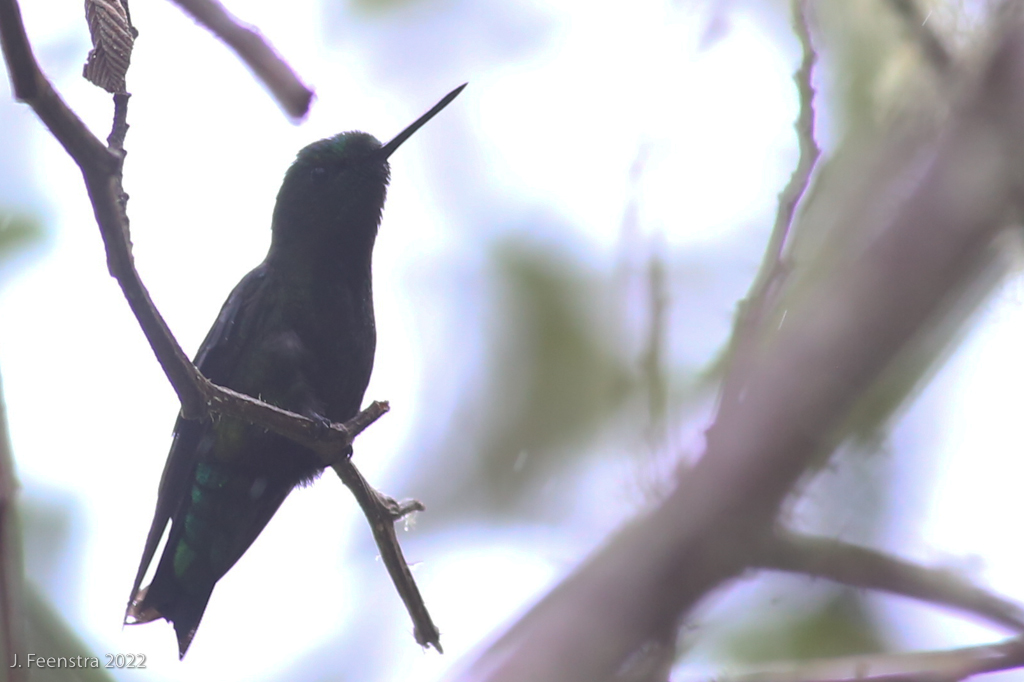 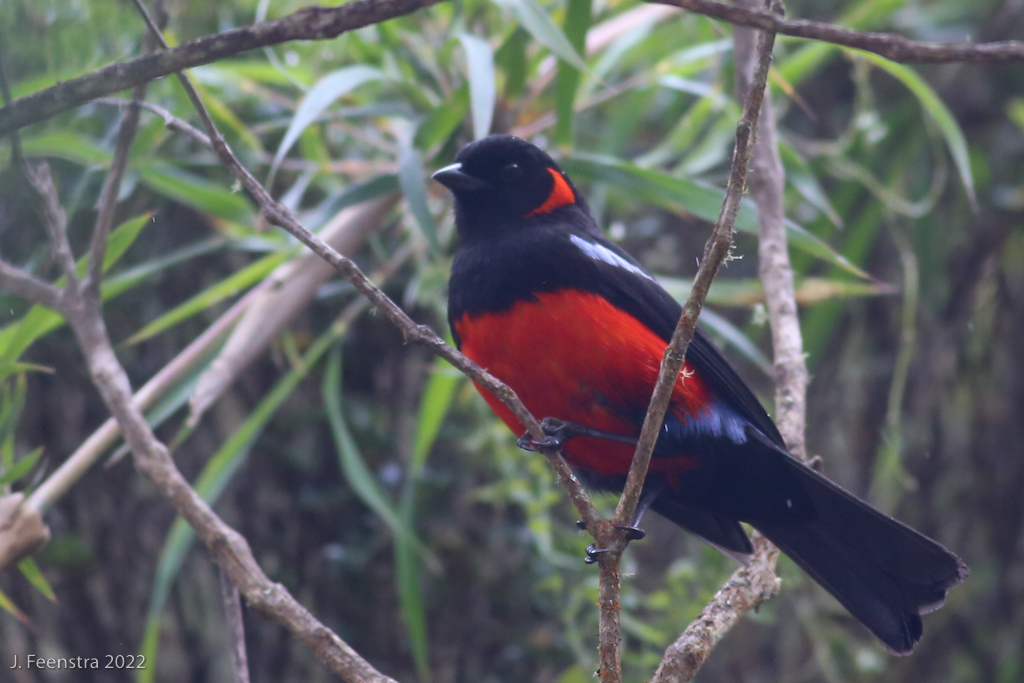 After Cerro Mongus, I continued north to the Colombian border and found a hotel in the tiny town of El Carmelo. I had used the powers of the internet to snoop around all of the tiny towns up there and this was the closest hotel to the road going east down the Andean slope. The town of Santa Barbara was much closer, but didn't have anywhere to sleep.

I spent the next couple of days birding along the "highway" in a range of elevation between about 1300m and 2700m. Most of the habitat along the highway was trashed, but there were some nice forest patches and I put together a pretty good bird list. The highlight of my first day was a Mourning Warbler, a new Ecuador bird for me. But, I also had some other nice stuff like Black-billed Mountain-Toucan, Yellow-vented Woodpecker, and Slaty Finch.

Since I hadn't found Bicolored Antpitta yet, I spent the second day at the highest elevations of the road. I only had until about 10AM to bird before I had to make the 5-ish hour drive back to Avis to return my rental car. It was a good morning with Slate-crowned Antpitta, Yellow-bellied Chat-Tyrant, and Rufous-headed Pygmy-Tyrant, but no Bicolored Antpitta. The previous day, I had made notes driving the highway on the location and quality of all of the forest patches. I had already stopped at and played Bicolored Antpitta calls at all of those (nothing), so on my way out, I tried a shitty spot - and found 2. I learned something, Bicolored Antpittas like crappy forest patches near houses and barking dogs. 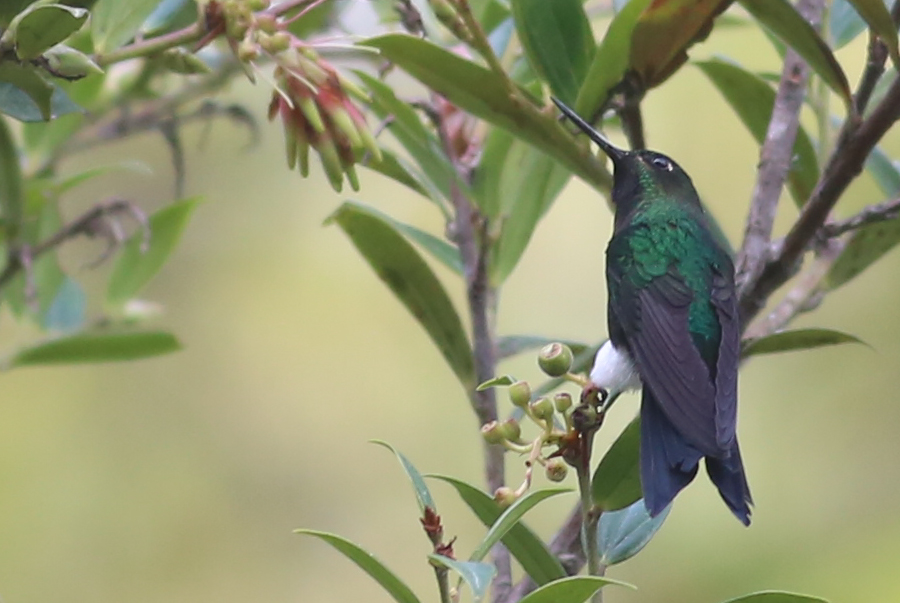 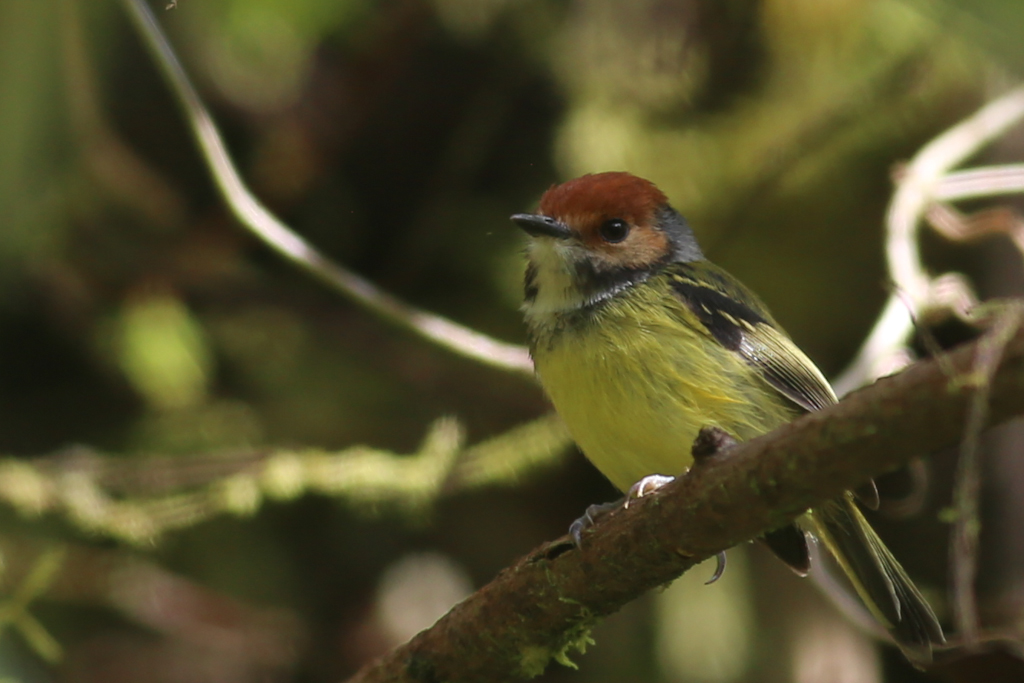 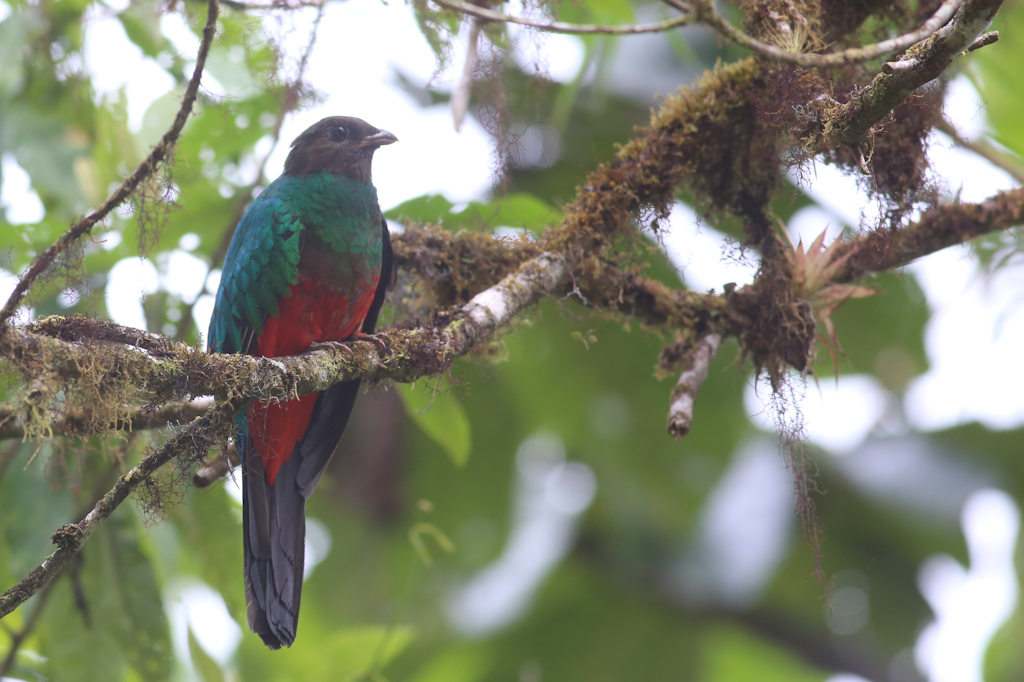 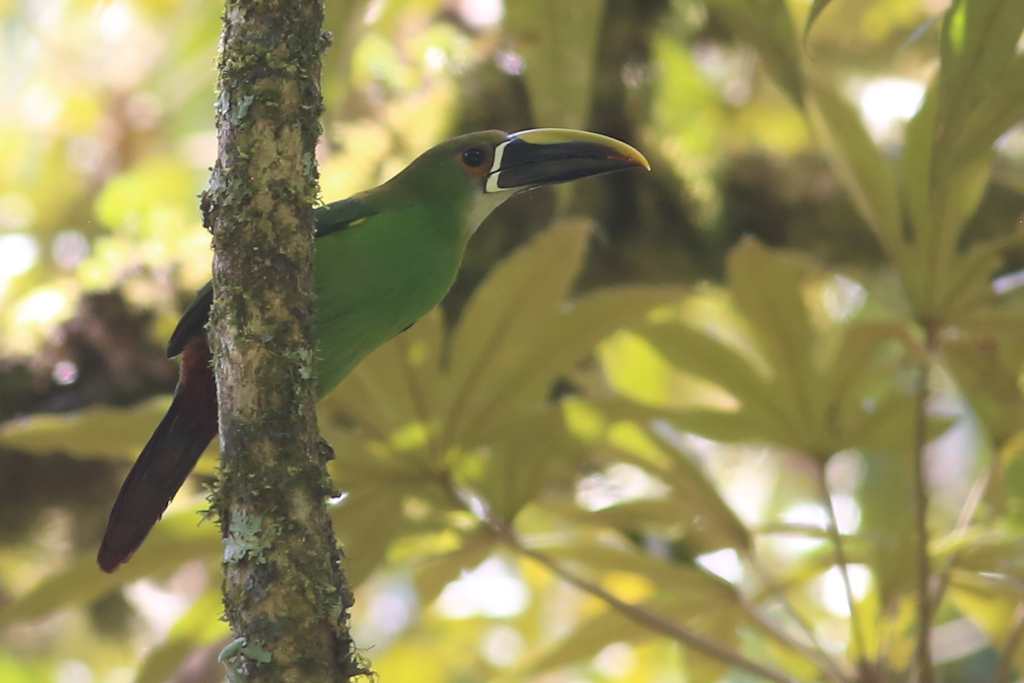 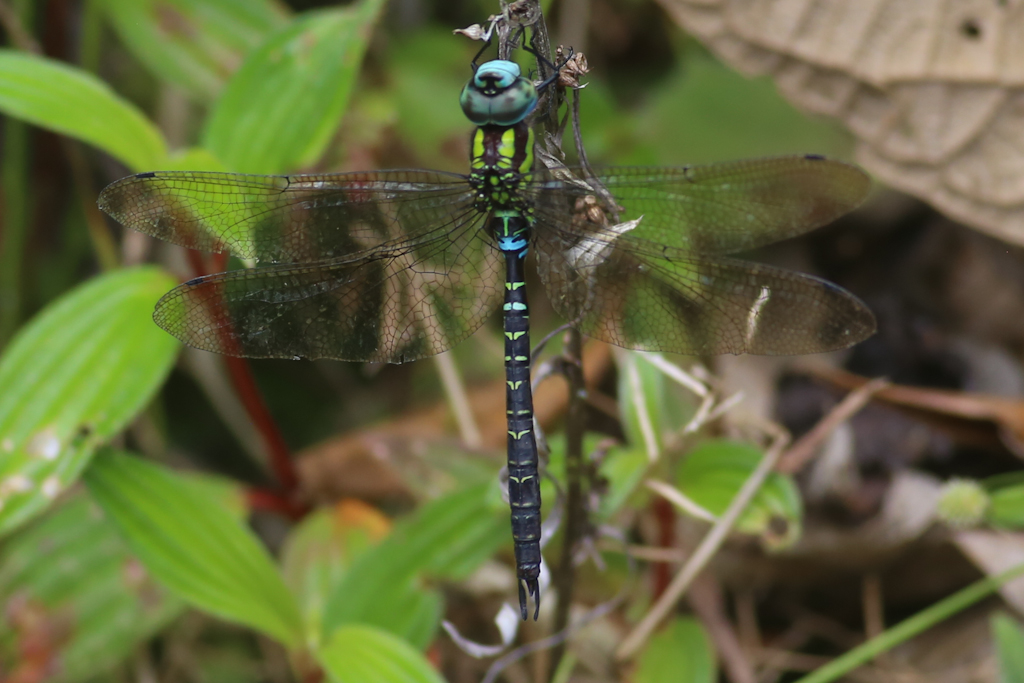 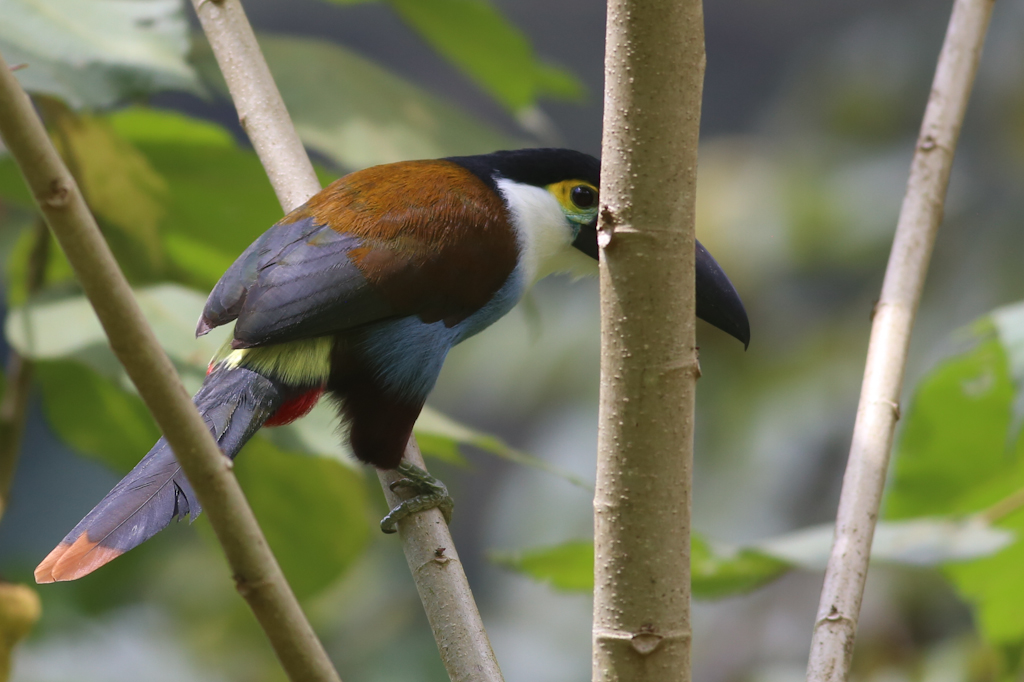 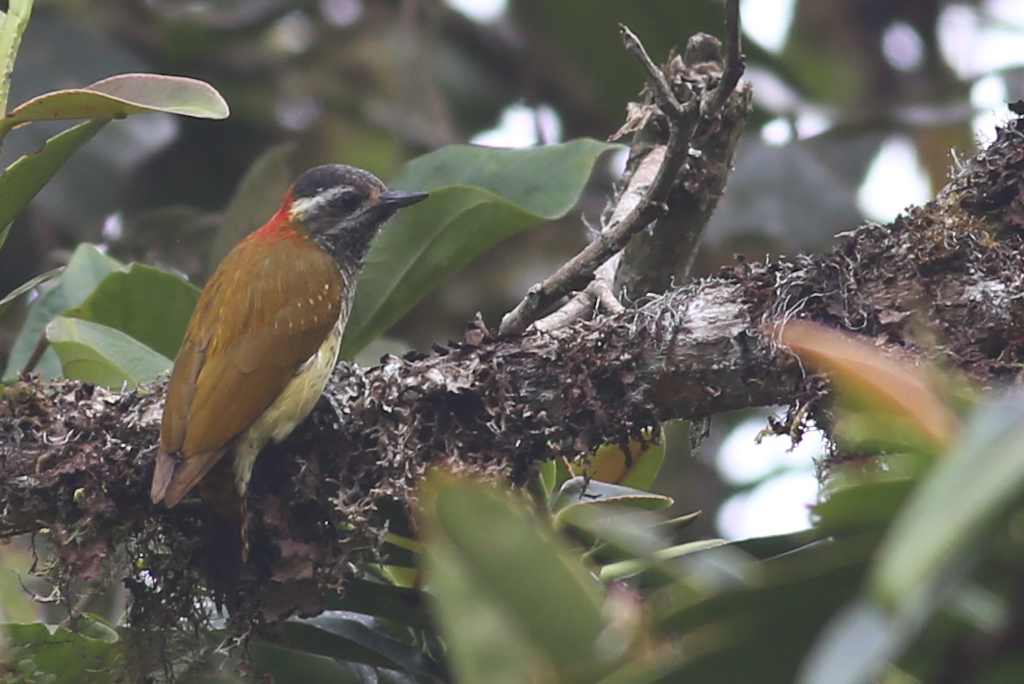 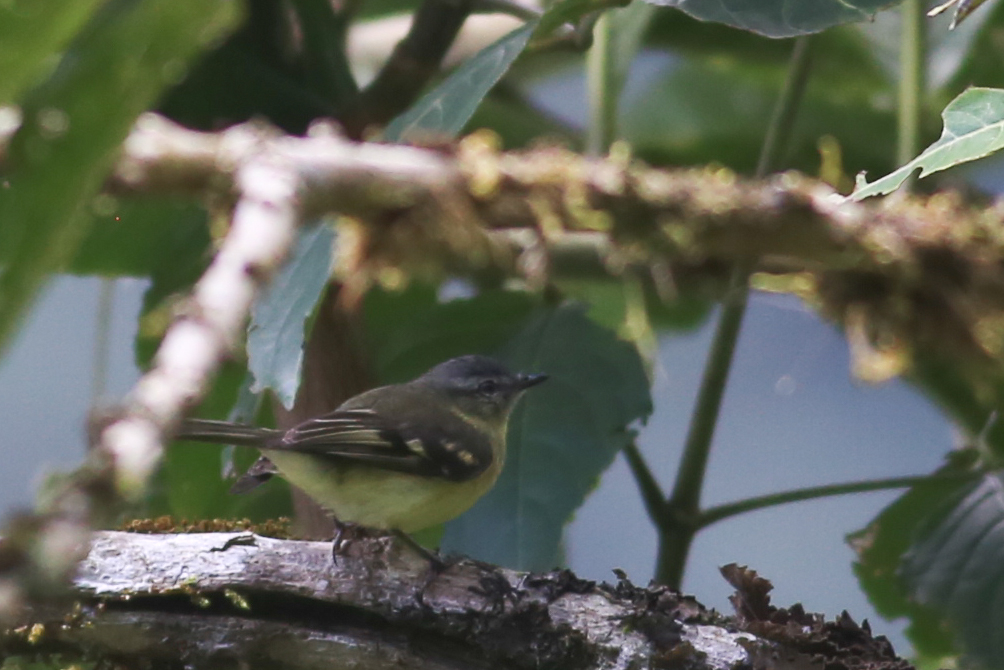 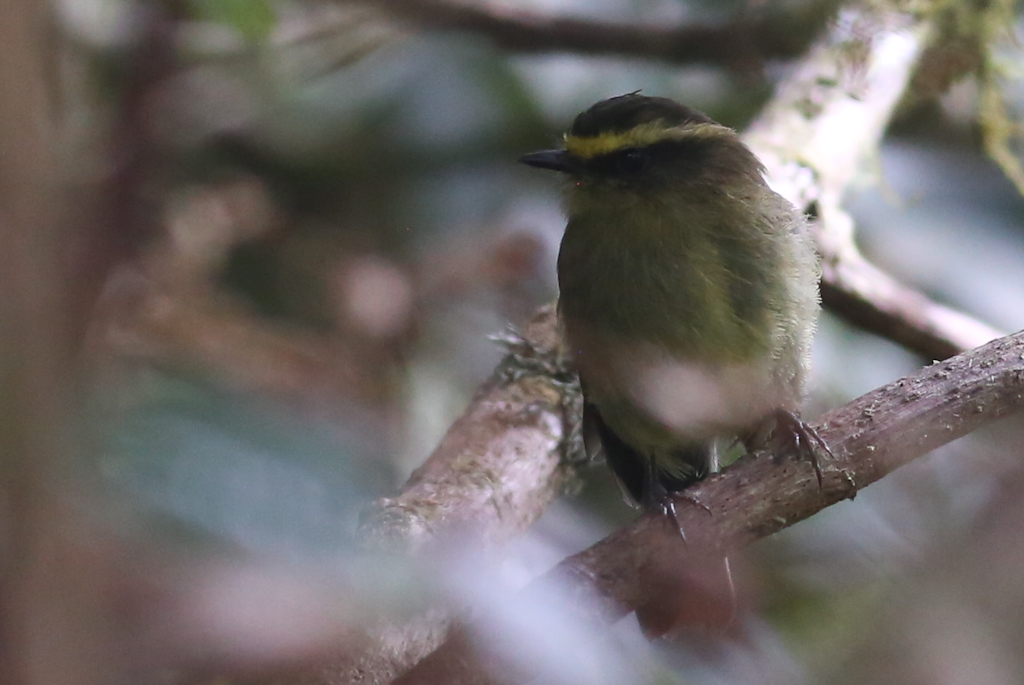 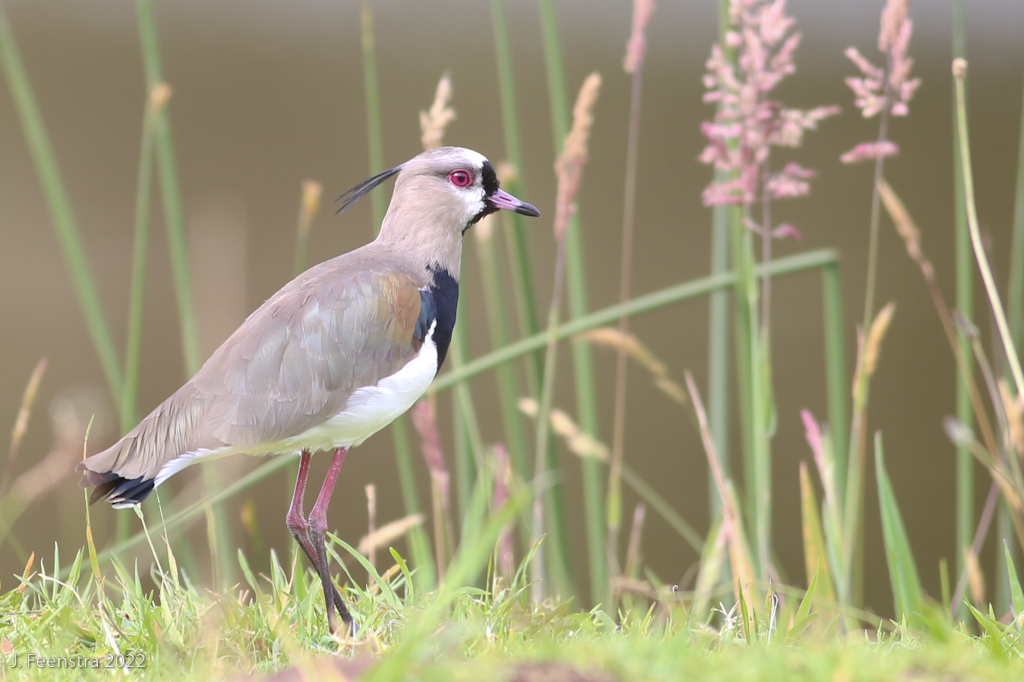 I also had some thoughts of searching more intently for Black-collared Jay, White-naped Brushfinch, and White-rimmed Brushfinch, but those would probably require another few days of driving and birding, so those will be the targets for next time.